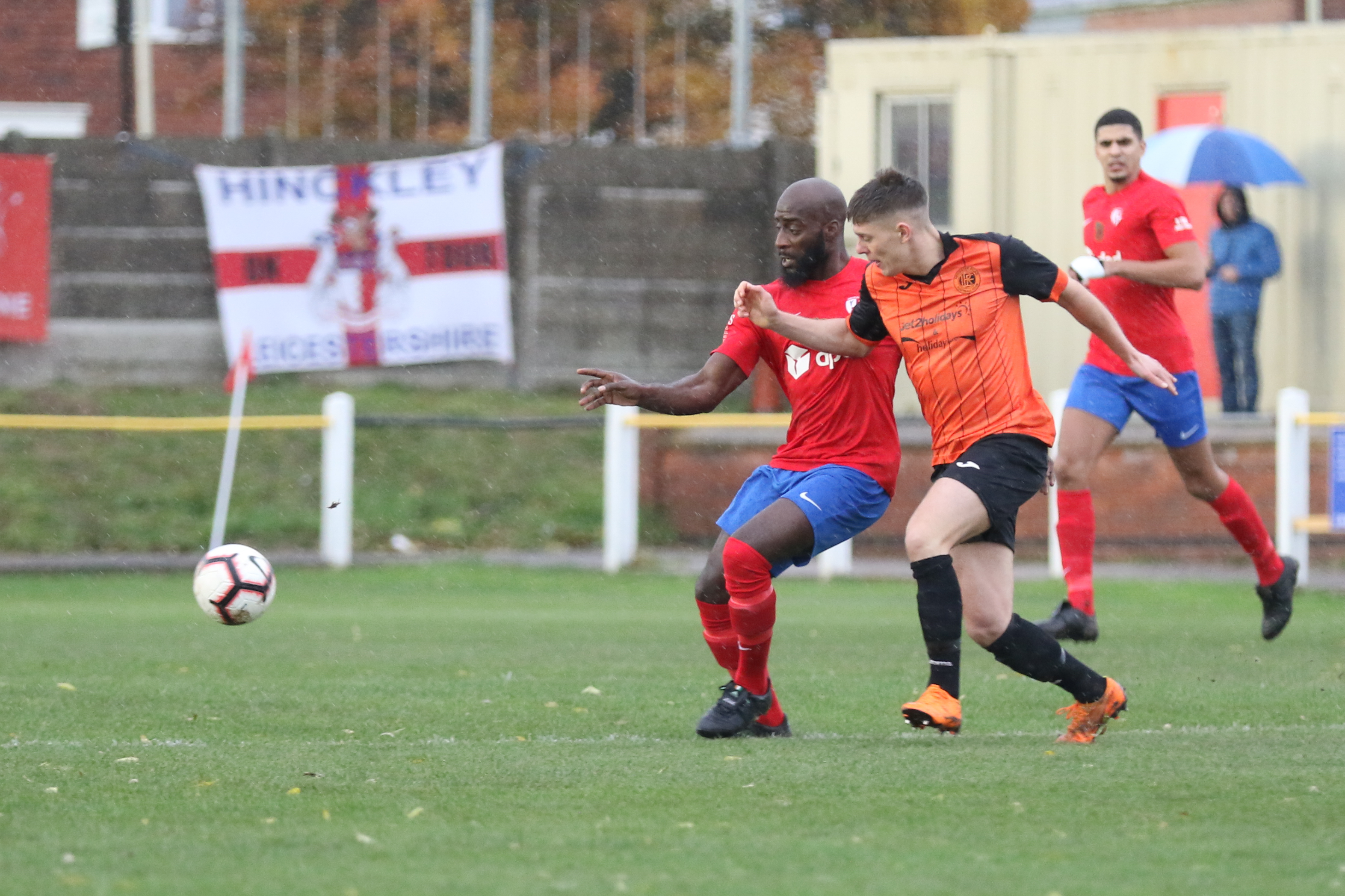 Hinckley AFC failed to beat Leicester Road in a home match for the first time ever as the visitors scored two second half goals to take the points from the Welfare Ground.

On the back of two wins in the last week and having previously never dropped points to this opposition at home, Hinckley looked like extending those runs when Sam Belcher put them ahead early on.

But the visitors hit back through Mark Green on the stroke of half time, before Amarvir Sandhu’s second half double secured their points.

James Jepson made one change to his Hinckley side that beat Studley on Tuesday, as Callum Willimont replaced the influential Jason Lee at centre back.

It meant AFC had three teenagers in their back five against a side who had previously won seven on the bounce – and were missing the experience of a man who brought knowhow to their defence.

But despite this, the youthful home outfit took control of the game early on when they broke the deadlock after ten minutes. Jordan Wilson was hauled down in the box, and Belcher sent Will Highland the wrong way from the spot to earn his side an early side.

Wilson was Hinckley’s biggest attacking threat throughout, and regularly gained joy when running at the visiting defence. He came close to adding a second as Hinckley sought to extend their lead, but saw his fierce drive beaten away by Highland at his near post.

But, from nearly being 2-0, the complexion of the game changed on the stroke of half time and the visitors, high on confidence from their previous games, pulled level. Three minutes before half time, Green found the back of the net from the edge of the box.

That strike restored parity, and the goal so close to the break gave the visitors the boost they were after, while Hinckley were now up against it having previously had control.

And the visitors turned the game around on the hour, when a right wing corner was met by Sandhu’s powerful header as he wheeled away having given his side the lead for the first time.

Callum Rudd then struck the bar from outside the box as the visitors sought to extend their lead, which they did when a wide free kick passed through a number of bodies before nestling in the far corner, Sandhu credited with the goal.

In truth, it was a deficit that Hinckley never came close to scaling, and Highland was rarely tested in the closing stages as the visitors held out for their first ever away win over Hinckley.