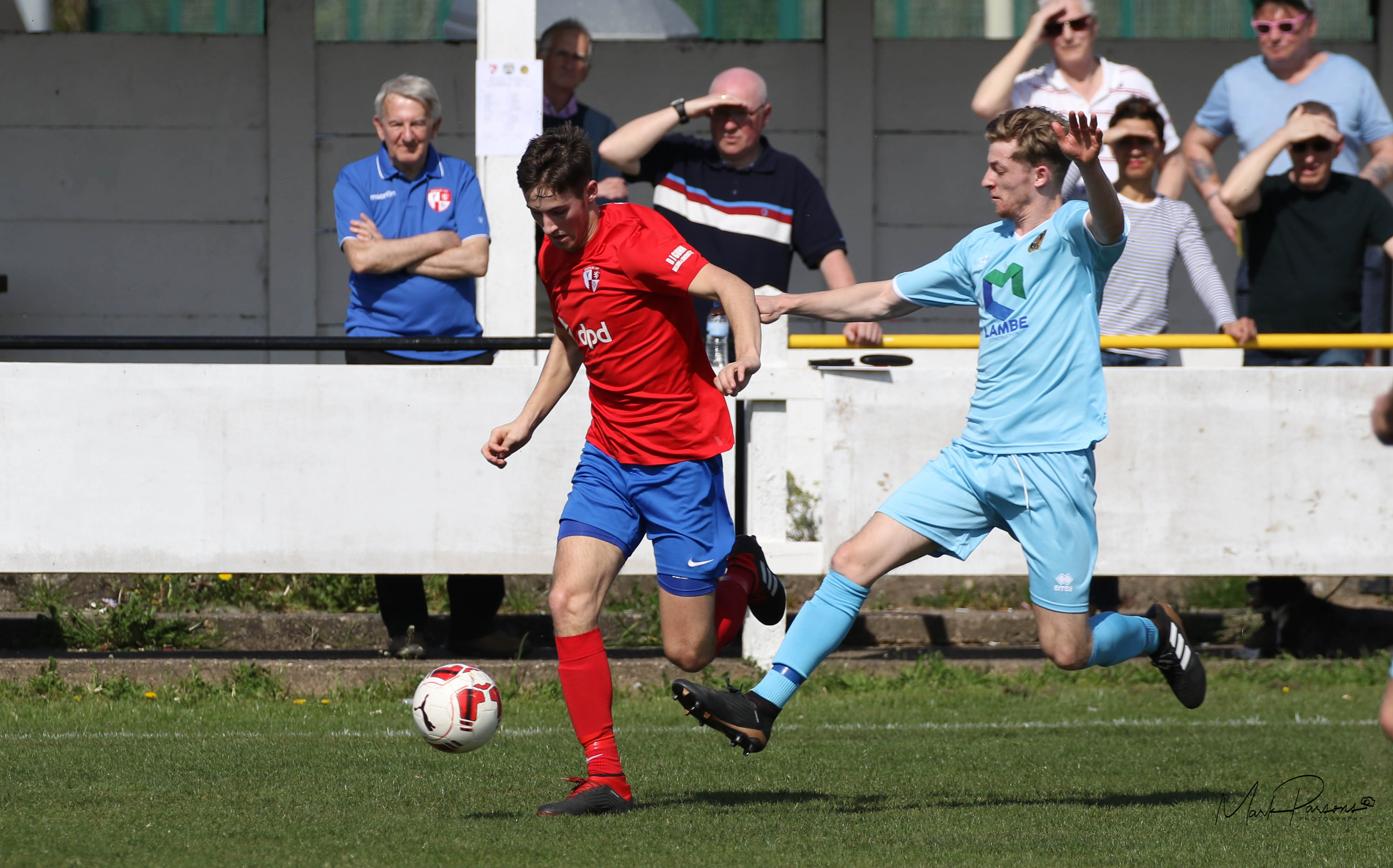 Hinckley AFC failed to make it back-to-back wins as Paget Rangers overturned an early deficit to take a 3-1 win at the Welfare Ground.

Will Dunlop scored his first senior goal to give Hinckley an early lead, but Ross Dempster stabbed Paget level at the break.

Dempster added his, and Paget’s, second after the break before John Dodd secured all three points for the visitors late on.

John Ramshaw made one change to his Hinckley side that won at Heath Hayes last week, Dunlop replacing Matt Nutt.

And Hinckley started brightly, having the game’s first chance five minutes in. From Ryan Mills’ right wing corner, Tyrone Burton got into space but volleyed wide of Liam Flynn’s goal.

Just a minute later, their bright start yielded an opening goal through a beauty from Dunlop. After good work by Louis Hamilton, the Under 18s forward curled home a fine strike from the edge of the box to break the deadlock.

The game quietened after that, though George Warren had to pull off a pair of smart saves, but Paget drew level just after the half hour when Dempster stabbed home Fraser Doyle’s cross-shot.

On a warm spring afternoon, the intensity was understandably not as high as it has been this season – but the sides exchanged a chance apiece before the break.

Grant Ryan chipped one inches wide after Hamilton’s neat pass, while at the other end Craig Evans’ header was well saved by Warren as the sides went in level at half time.

As in the first, Hinckley started the second half well and had a brace of chances to restore their lead.

A neat passing move, one of the best of the match, ended with Chris Hollist shooting narrowly wide, before Hollist turned provider with a free kick which Paget didn’t clear and Dunlop also struck off target.

But that was as good as it got for Hinckley, and not forcing Flynn into a meaningful save was their downfall. It cost them ten minutes into the half when the clinical Dempster added his second with a sweet strike from the edge of the box that gave Warren little chance, as one of the league’s leading marksmen made his mark on the game.

Chances were few and far between after that as Paget looked to see out their win and, as Hinckley sought an equaliser, Flynn was rarely called into action.

And with ten minutes to go, Paget killed the game off with a swift passing move that led to John Dodd steering home their third.

And Hinckley couldn’t muster a reply as they prepare for a trip to high flying Lichfield on Easter Monday.