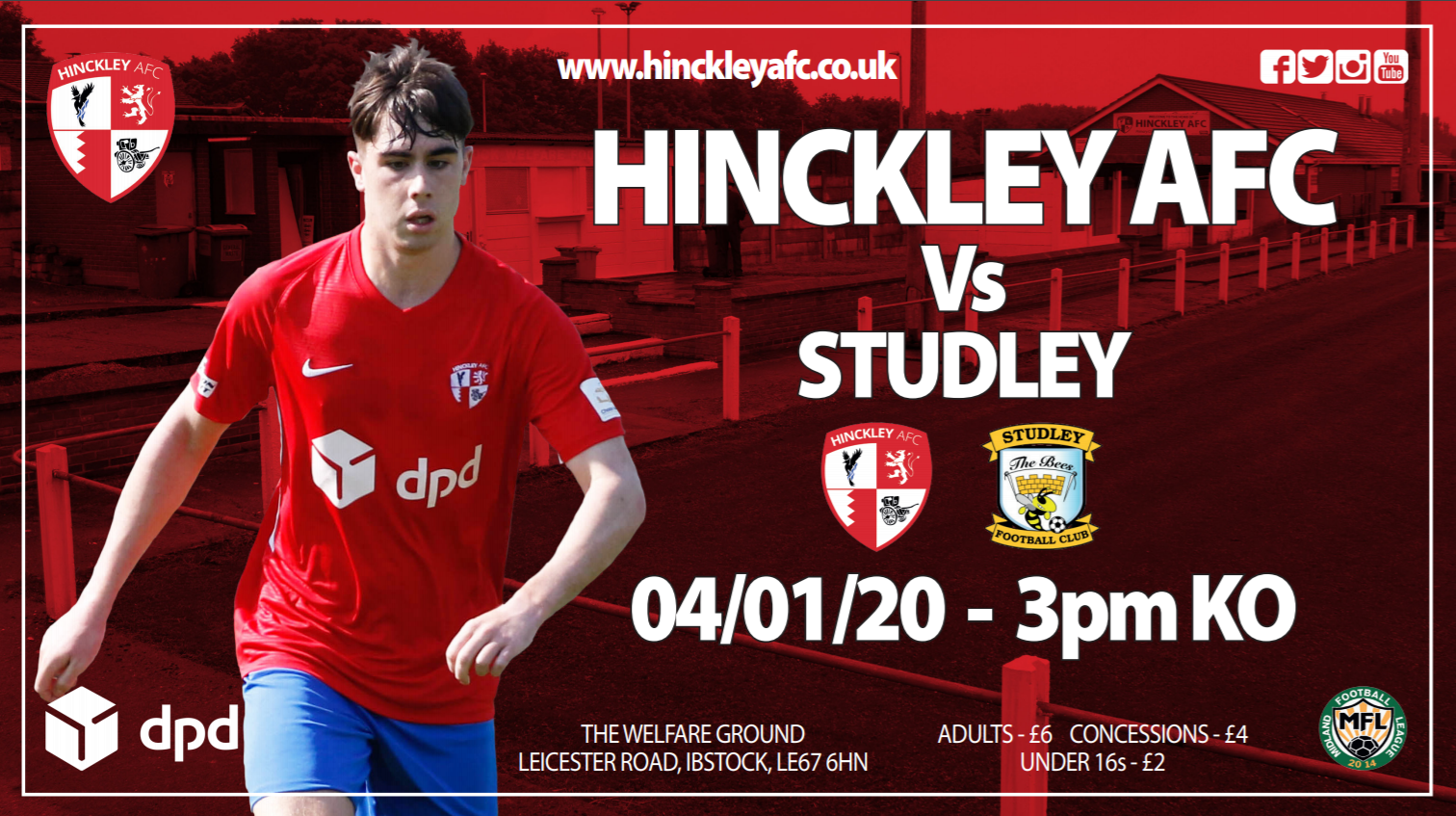 Hinckley AFC will look to kickstart the new year and the new decade with three points when Studley visit the Welfare Ground tomorrow afternoon, kick off 3pm.

After playing just four games in November and December combined, AFC start a hectic January, playing every Saturday and Tuesday in the month, with the visit of the in-form Bees.

They have won their last seven in all competitions, and are unbeaten in the league since mid-August in a run that has seen them storm up to third in the table.

Indeed, Hinckley were one of the last sides to take points from Studley in the reverse fixture back in October, when a resilient display despite a depleted side saw Courtney Belford’s men take a well-earned point.

Belford has a fully fit and available squad to start the new year with the exception of the suspended Mark Williams.

And he says it’s a good headache to have, admitting it will be difficult to leave players out.

Hinckley won the first game of the last calendar year, beating Stapenhill 2-0 twelve months ago – and Belford will hope for a repeat to kickstart the new year with what would be an important three points.