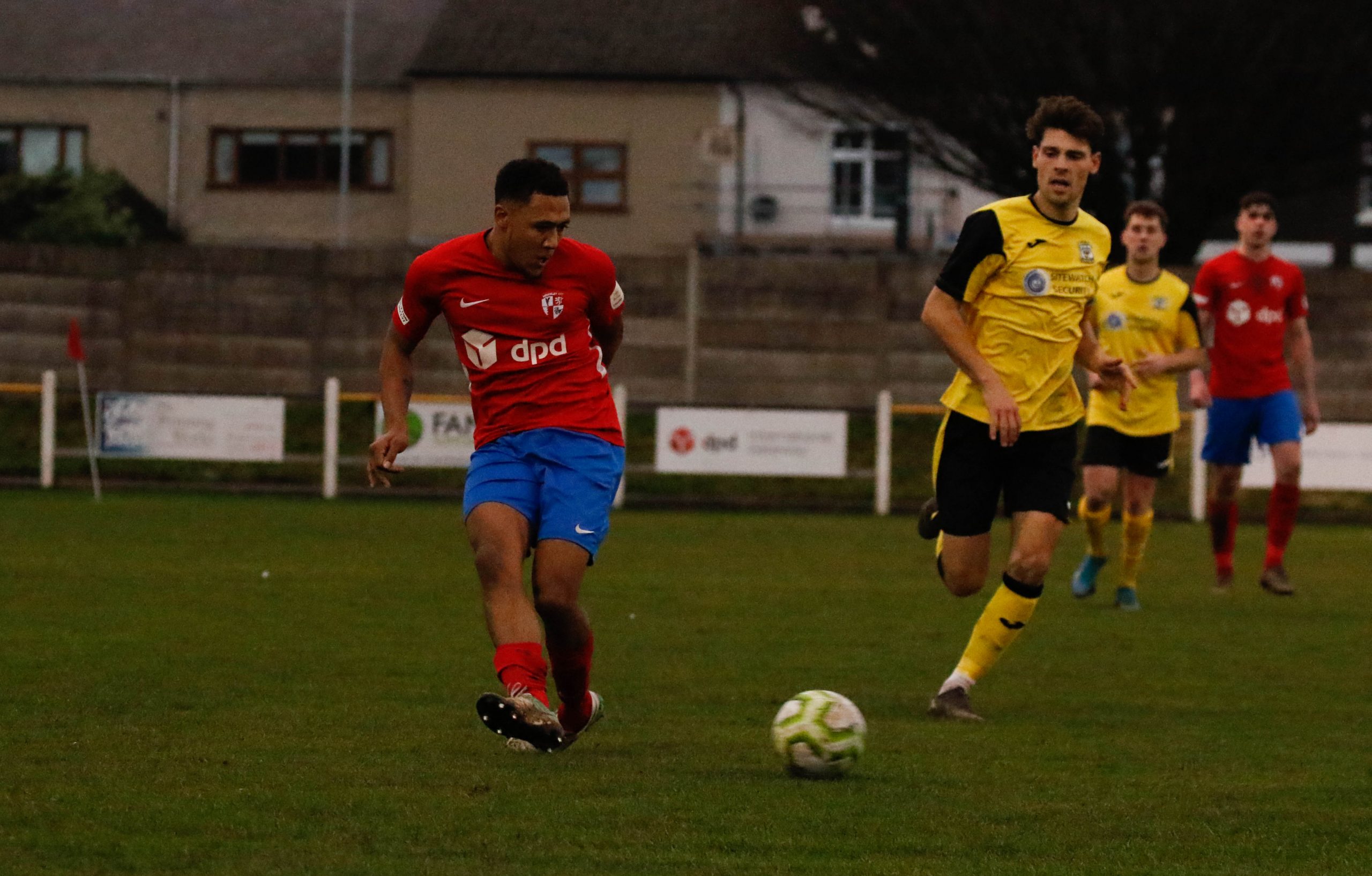 Hinckley AFC began 2020 with defeat as in form Studley edged a well fought, competitive game 2-1 to strengthen their position in the top three.

It looked promising for the home side when Brady Middleton opened his AFC account with a fine individual strike to give Hinckley the lead, but a quick fire double turned the game around to give the visitors a victory they deserved.

Studley began the game with the air of a side who’ve won seven on the bounce, and they could have taken the lead inside two minutes. Jordan Jones’ deep cross from the right was worked back across goal by Dale Edwards for Mark Magee who side footed wide from six yards.

Edwards was a contestant threat, another cross from him found Harvey Smith who was denied by a well timed challenge from Mikkel Hirst.

AFC responded as Middleton did well through the inside left channel before his shot was blocked and from the resulting corner, Bekir Halil’s inswinger struck the bar.

As the half ended, both sides missed gilt edged opportunities, firstly Smith fired over from point blank range after more good work from Edwards before Hinckley were awarded a penalty on the stoke of half time when Middleton was fouled.

Shane Benjamin stepped up but his spot kick was at a good height for keeper Conor McCarthy who dived to his left and clawed the ball to safety.

The first half was played at a good tempo and this was maintained after the break with Hinckley taking the lead ten minutes in. The goal was all Middleton’s work as he picked up the ball 25 yards from goal and beat a couple of defenders as he worked his way into the box before unleashing a shot that cannoned in off the underside of the bar.

But the cheers of the home fans had hardly died down before Studley levelled, Jones dinked in a cross from the right and Smith guided his header home inside the far post.

Visibly lifted, The Bees went in front five minute later. It looked as though the danger had been averted as Elliott Taylor pushed aside Magee’s shot but the rebound reached Max Loveridge on the edge of the area, and his precise finish nestled in the bottom corner.

AFC briefly threatened, Curtis Townley’s free kick into the box caused confusion and Luke Richards’ goalbound shot was blocked before Lewis Commins bore down on goal but McCarthy raced off his line to block.

Those chances apart, AFC rarely looked like levelling as the visitors managed the game effectively to close out victory and could even afford the sin-binning of Magee for comments made to a referee’s assistant to secure the points.