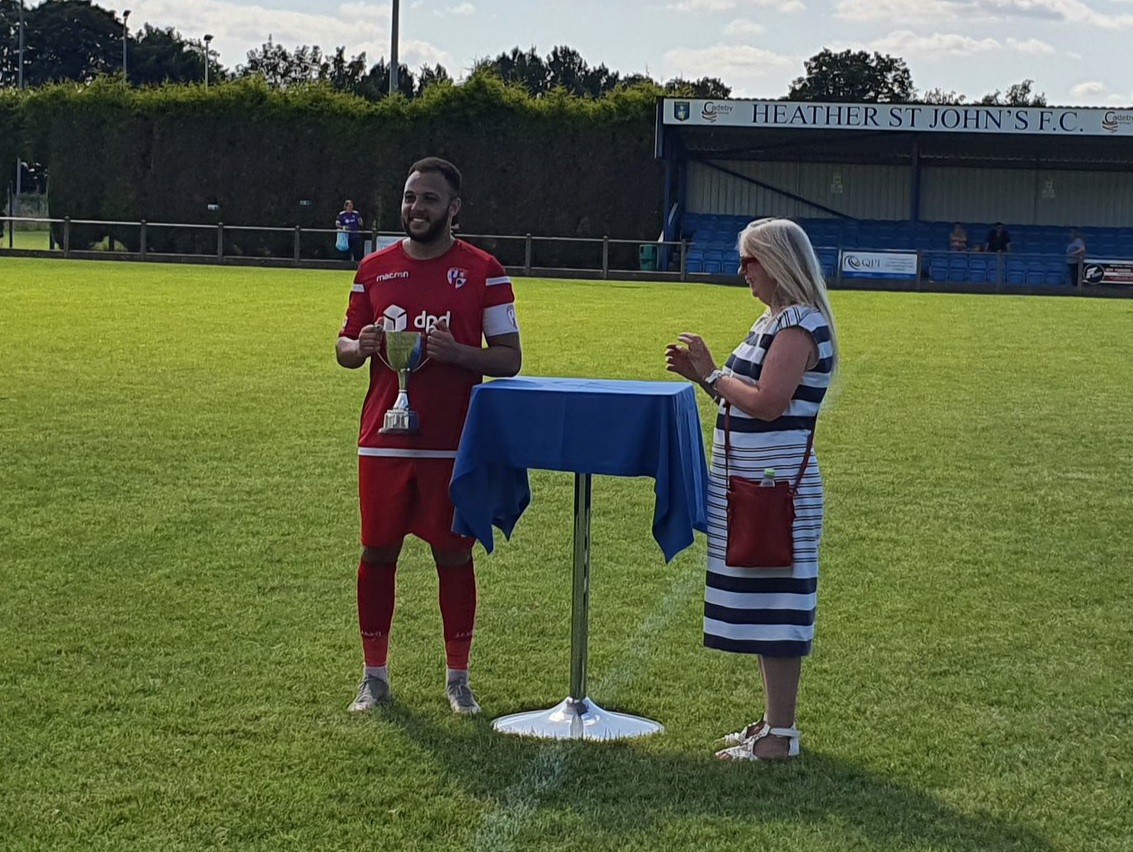 On a hot afternoon at St John’s Park, the match brought fans back together to remember two people who had a significant impact on Hinckley football.

A strong first half display yielded the rewards for AFC with Isa Abraham and Tom Weale – who ended the match in goal – on the scoresheet.

Heather pulled one back late on but it wasn’t enough as Hinckley retained the trophy.

It was a sweltering afternoon back at Hinckley’s former home ground, with regular drinks breaks to ensure the players remained

But despite the heat, Hinckley sprung out of the blocks quickly. Abraham opened the scoring before ten minutes had passed when he cut inside and bent a fine effort in off the post.

Hinckley ‘keeper Matt Hill then had to make a smart save from Matt Garbett – before Hinckley doubled their lead. Abraham was involved again in a neat move with Lewis Rankin. After an initial shot was blocked, Weale was on hand to tap home from close range.

Rankin then fired a one-on-one straight at the home ‘keeper after another fine move as Hinckley created chances freely.

As with many pre-season matches, changes at half time disrupted the flow slightly but Hinckley were forced into an unusual one. Hill took a knock from a late challenge at the end of the first period, and was unable to continue. Step up Weale, who moved from goalscorer to goalkeeper from the second half.

He made a fine early save and Heather also hit the post through McLeary as Hinckley rode out Heather pressure. In fact, they could have scored another themselves but Jeremie Agholor couldn’t end his mazy run with a goal.

The hosts did pull one back with five to play when Todd ran through on goal and slotted past Weale.

But Hinckley held on and were inches away from another when Abraham had one cleared off the line with the last kick.

It means Hinckley extend their unbeaten pre-season ahead of next week’s trip to Gresley Rovers.