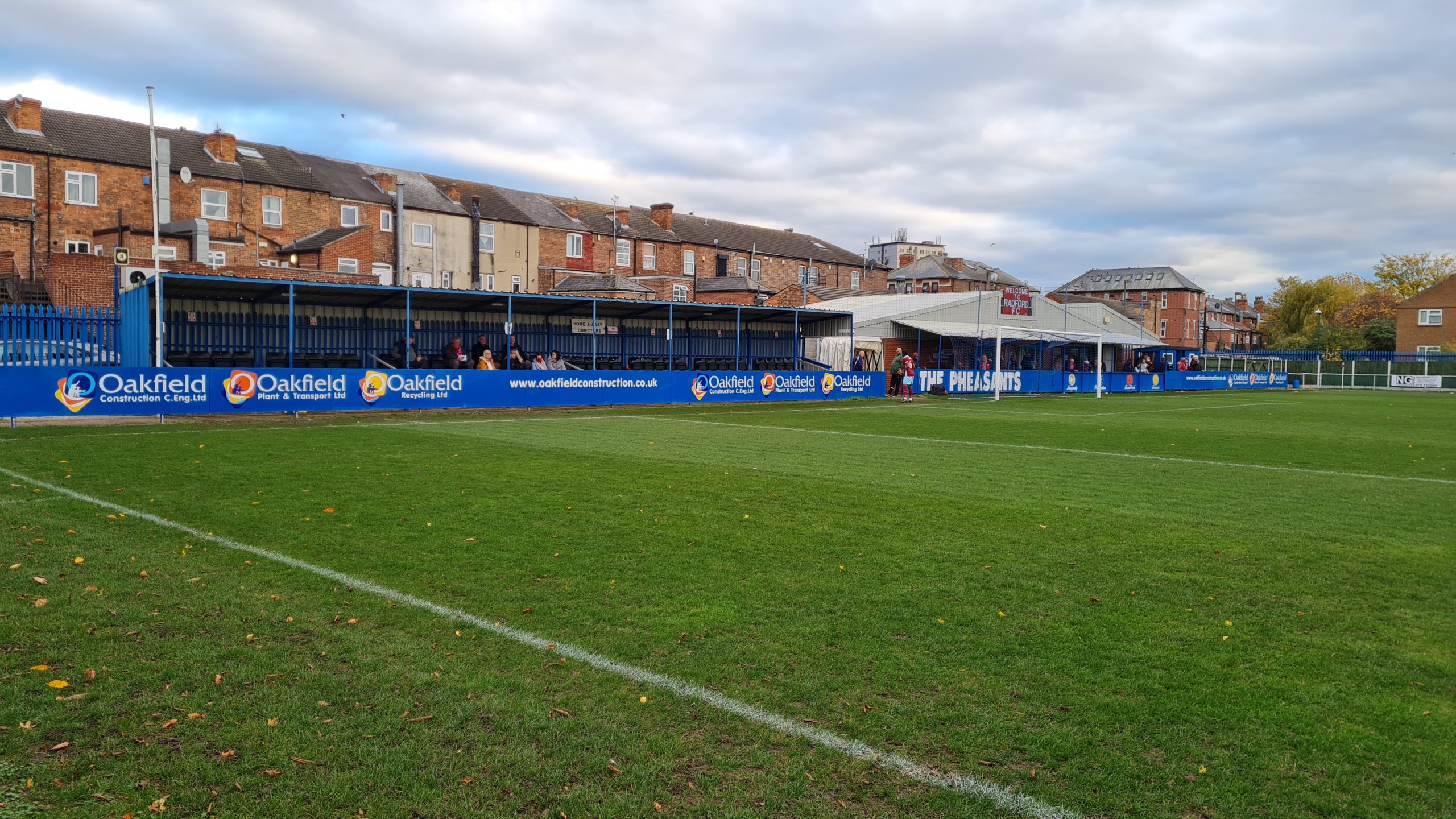 Hinckley AFC’s record winning run came to an end as they were overpowered by Radford in a 3-1 defeat at Selhurst Street.

Hinckley came into the game with nine victories in a row and were looking for a perfect ten.

But their hosts were stronger from the early stages and though Ryan Harkin’s debut goal made for a tense finish when he pulled it back to 2-1, Radford finished it off in stoppage time.

Depleted Hinckley went into the game without several key players and were forced into six changes from Tuesday’s win over Ingles. Those missing included the suspended Ben Vallance, ill Mikkel Hirst and injured Tyson Knight, while influential pair Tom Weale and Isa Abraham were also out.

The first half wasn’t a spectacle to live long in the memory. Much of the game was played in midfield as Hinckley struggled to get their passing game going, and Radford scored with the first chance of the game. It was as route one as they come – a long ball upfield and Jevin Seaton nudged his man too easily off the ball to run through and score.

That was their only shot on target of the half, Conor Moore fizzing one just over with their other effort of note, while Hinckley only had two themselves. Both came from long range – Jake Edwards and Drew Kear both forcing ex-Hinckley stopper Yinka Adebowale into comfortable saves.

The second half yielded more for both sets of fans to get excited about but, after Michael Fitzhugh’s free kick was saved, Radford doubled their advantage before the hour. Hinckley’s pass out from the back was intercepted, and the hosts squared for Kevin Hemagou to tap home a simple finish.

It left Hinckley with a mountain to climb against the league’s second best defence but Harkin and substitute Ryan Slinn both went close as they sought a route back into the game.

And they got it with five minutes to play.

The goal came after Matt Hill made a smart save from Joe McLaughlin, as Hinckley went up the other end and a neatly worked exchange between Harkin and Lewis Padmore led to the new signing drilling home his debut goal.

It gave AFC hope and they came within inches of an equaliser when Adebowale was at full stretch to deny Edwards.

But though they applied late pressure, Hinckley couldn’t find that killer pass to create the chance that would rescue their unbeaten run.

And as they threw men forward, Radford killed the game off when they broke three on one and worked it for Fitzhugh to bend one inside the corner.

It meant Radford ended Hinckley’s winning run while extending their own to eight.

And Hinckley need to dust themselves off over their ten-day break before welcoming league leaders Aylestone Park to Kirkby Road next Tuesday.