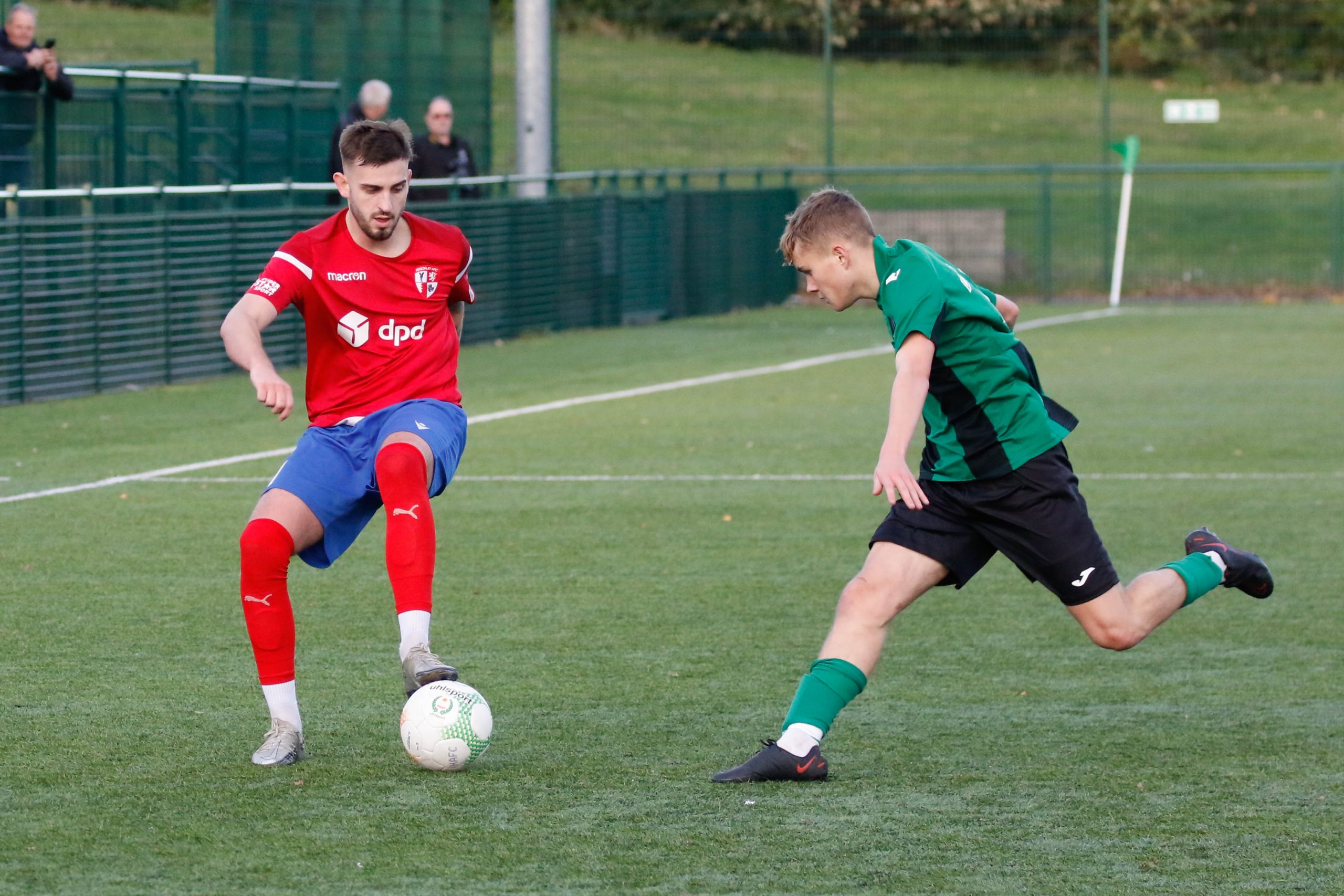 After five games with Hinckley, Chris Camwell has left to join step four side Bedworth United.

The winger joined last month from Coventry United and made five appearances for AFC, scoring three goals. That included a brace against Saffron Dynamo.

But he has now moved on and made his debut for Bedworth in their 3-2 defeat by Daventry Town yesterday.

We’d like to thank Chris for his efforts in a Hinckley shirt and wish him the best of luck at Bedworth.