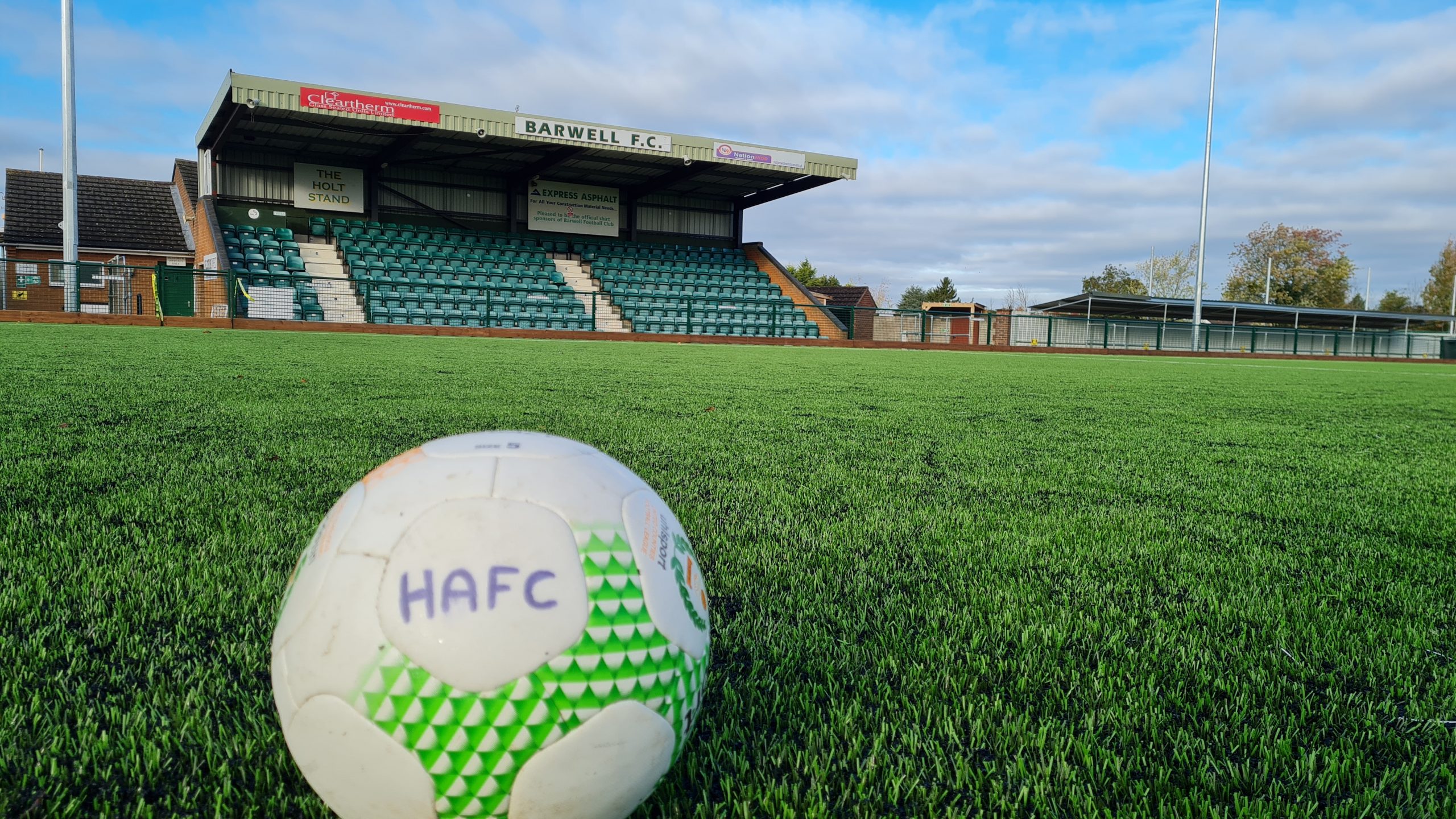 It was a hard earned victory for Hinckley from a pulsating game that saw Aylestone lose away from home for the first time all season.

Another good crowd of 221 was well entertained as two of the league’s big guns went head to head in a game of high intensity.

But AFC’s first half performance, when they went two goals up, proved the difference.

The game had a good tempo from the start and it was the home side who drew first blood just beyond the quarter hour mark. Isa Abraham was unlucky when his goal bound effort was acrobatically cleared off the line.

But he made no mistake moments later, seizing on a loose ball in the area when others hesitated waiting for a whistle when Ryan Harkin appeared to be fouled in the box.

Hinckley doubled their lead with a well worked goal on the half hour. Jacob Sturgess’ raking pass picked out the outstanding Mikkel Hirst on the left flank and his deep cross was converted by Jack Edwards.

Though two goals down, Aylestone always looked lively, especially Aaron Nuttall on the left flank. Early in the second half he was felled by Ben Whitehead’s rash challenge in the box and Shay Brennan made no mistake from the spot.

It was game on now as chances came and went at both ends. Hinckley had opportunities to seal it when Harkin’s shot was pushed into the side netting, Whitehead’s sweetly struck volley was deflected narrowly wide for a corner from which Harkin blazed over when well placed.

And whilst the deficit remained at one, the visitors were always in the game. Jake Wormleighton glanced Josh Hill’s free kick wide and Kaden Stokes pulled a ball back across the face of goal from the left flank that no one could convert.

With ten minutes of time added on at the end, much of it due to the knee injury sustained by Jeremie Agholor who was stretchered off, home fans were left biting their nails.

Never more so than when the league’s leading scorer Brennan, who’d been well shackled for most of the game, found himself clear but blazed his shot over and with it went Park’s final chance of salvaging something from the game.