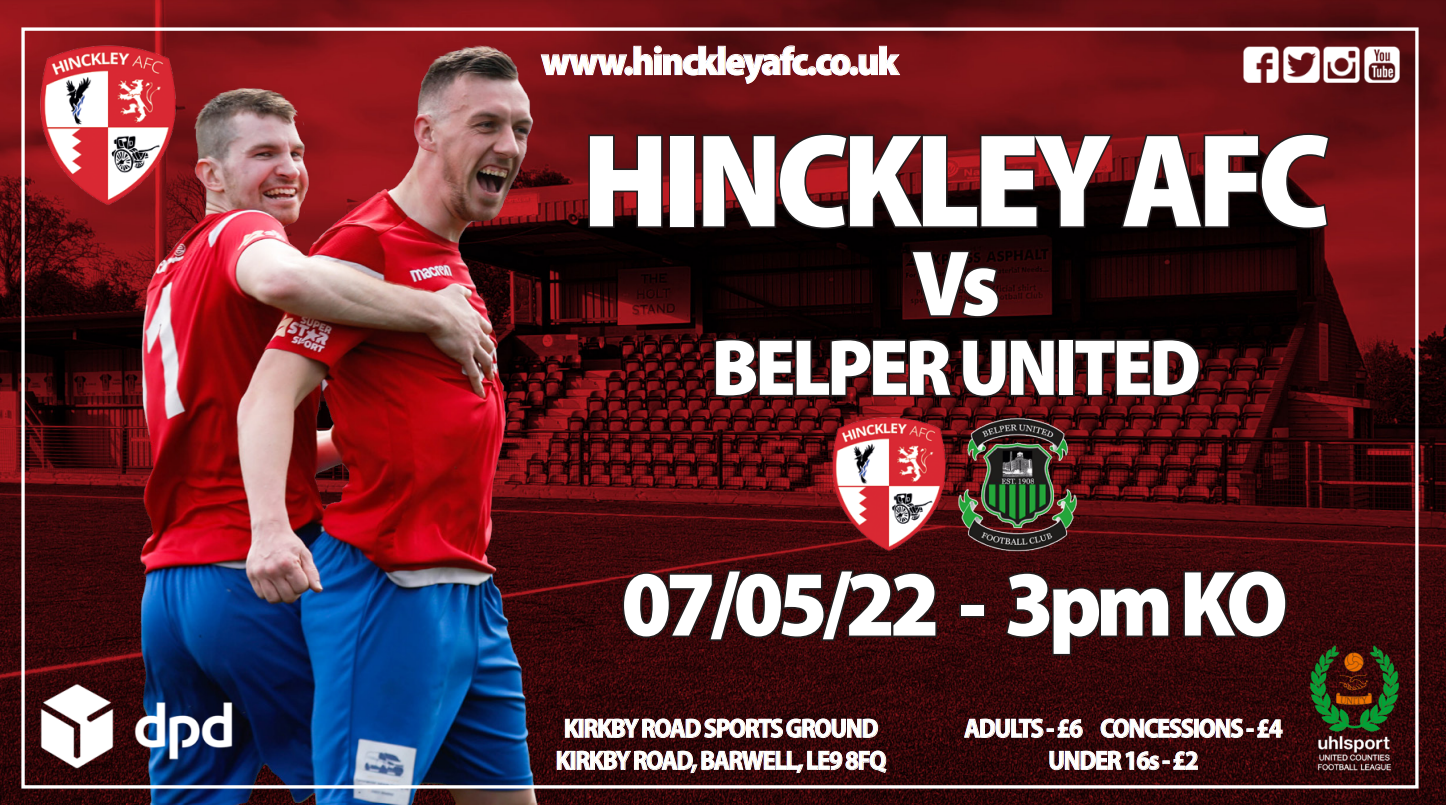 After a 44-match league season and play-off semi-final wins, Hinckley AFC and Belper United now face off for the right to play at step five next season.

The teams who finished second and third in the league both won home semi-finals last weekend to earn the shot at a final.

Hinckley made it past Hucknall 3-0 while Belper edged through their tie against Radford 2-1 thanks to a late goal.

And Hinckley manager Courtney Belford says the sides are there on merit. He said: “When second and third play each other in a final, the best two teams other than Kimberley are playing each other for a chance to get out of the league.

“They’ve beaten us twice so we’re the underdogs in this situation. We’re ready for every challenge, and we’ll do everything we can to get over the line. Belper are a fantastic side, it’s going to be tough for us but we’ll give it everything we’ve got.

You can read more from the manager in the matchday programme, available for £1.50.

Hinckley have won five games on the bounce coming into the final while Belper are on a three-match winning streak. They’ve also gone unbeaten away from home since late February’s defeat at Hucknall.

Richard Hanslow is their leading scorer with 37 goals, while Jack Tyson (20), Martin Smyth (18) and Kieran O’Connell (14) have also chipped in well.

The two matches between the sides in the league campaign both went the way of the Derbyshire side. They came from behind to win 4-3 at St John’s Park in September, when Hinckley used that as a temporary home while the pitch at Kirkby Road was being re-laid, before scoring two late goals at Belper in March to win 2-0.

Should the final remain level after 90 minutes, 15 minutes each way of extra time will be played. Should the scores still be level, the match will be decided by penalty kicks.

Cash and card turnstiles will both be in operation for the match – and season tickets are not valid. Please arrive in plenty of time with a good crowd expected.

We would also ask supporters to park courteously to residents if parking on the street. Should the car park at the ground become full, the other nearest public car parks are on Stanley Street and Dovecote Way.