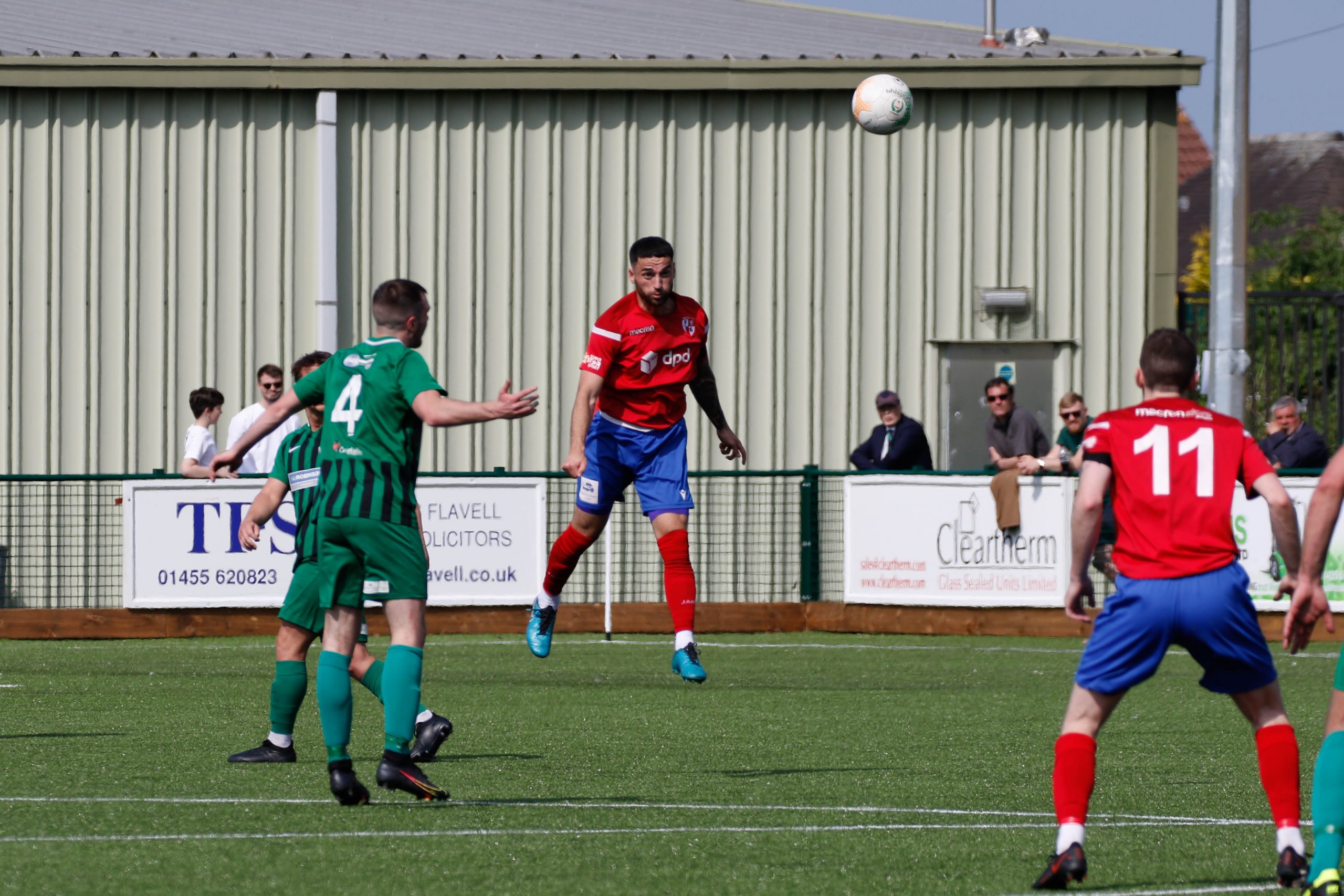 Hinckley AFC lost out in the play-off final as a solitary goal early in the second half earned Belper United the win.

It came in front of a club-record attendance of 811 – the most to watch a Hinckley match in over a decade.

But they saw a game without too many clear cut chances, the match being settled early in the second half thanks to Richard Hanslow’s header from a corner.

Courtney Belford named the same side that beat Hucknall Town last week, with Jack Edwards and Dom Alleyne returning to the bench.

And his side started the brighter, Ryan Harkin and Lewis Rankin both firing off-target early on.

The visitors came back into it and had their best spell of the half in the middle of it. Like Hinckley’s pair of shots off-target, Jack Tyson and Hanslow did likewise for Belper, Hanslow from the best position after Ryan Baker’s pull-back.

And just as Belper started to gain the upper hand, Hinckley pulled it back again going into half time. Rankin and Harkin combined well for the latter to power a shot into the side netting in the closest either side came before the break.

Rankin was then inches away from Tom Weale’s teasing cross, and Harkin hit the follow-up straight at ‘keeper Curtis Hall.

It meant Hinckley had the momentum, if not the lead, going into the break – but five minutes after half time came their sucker punch. From a wide Martin Smyth free kick, Matt Hill made a superb reaction save from point-blank range, but Belper gave him no chance from the resulting corner when the set-piece was headed back across goal and Hanslow was alive quickest to convert.

After that, the visitors took the sting out of the game and Hinckley’s chances were limited. Drew Kear’s rasping 25-yarder was just too high, and Liam Cairns saw one saved from a similar distance.

As the game approached its six minutes of stoppage time, you felt Hinckley would have one final chance and, after they had a corner cleared off the line by Jake Dodds, it came. Dom Alleyne’s neat pass fed Charlie Evans through on goal, but Hinckley’s joint-leading scorer didn’t connect cleanly with his first-time strike and Hall beat it away with his legs.

And that was enough for Belper to hold out and ensure the Derbyshire side will play at step five next season.