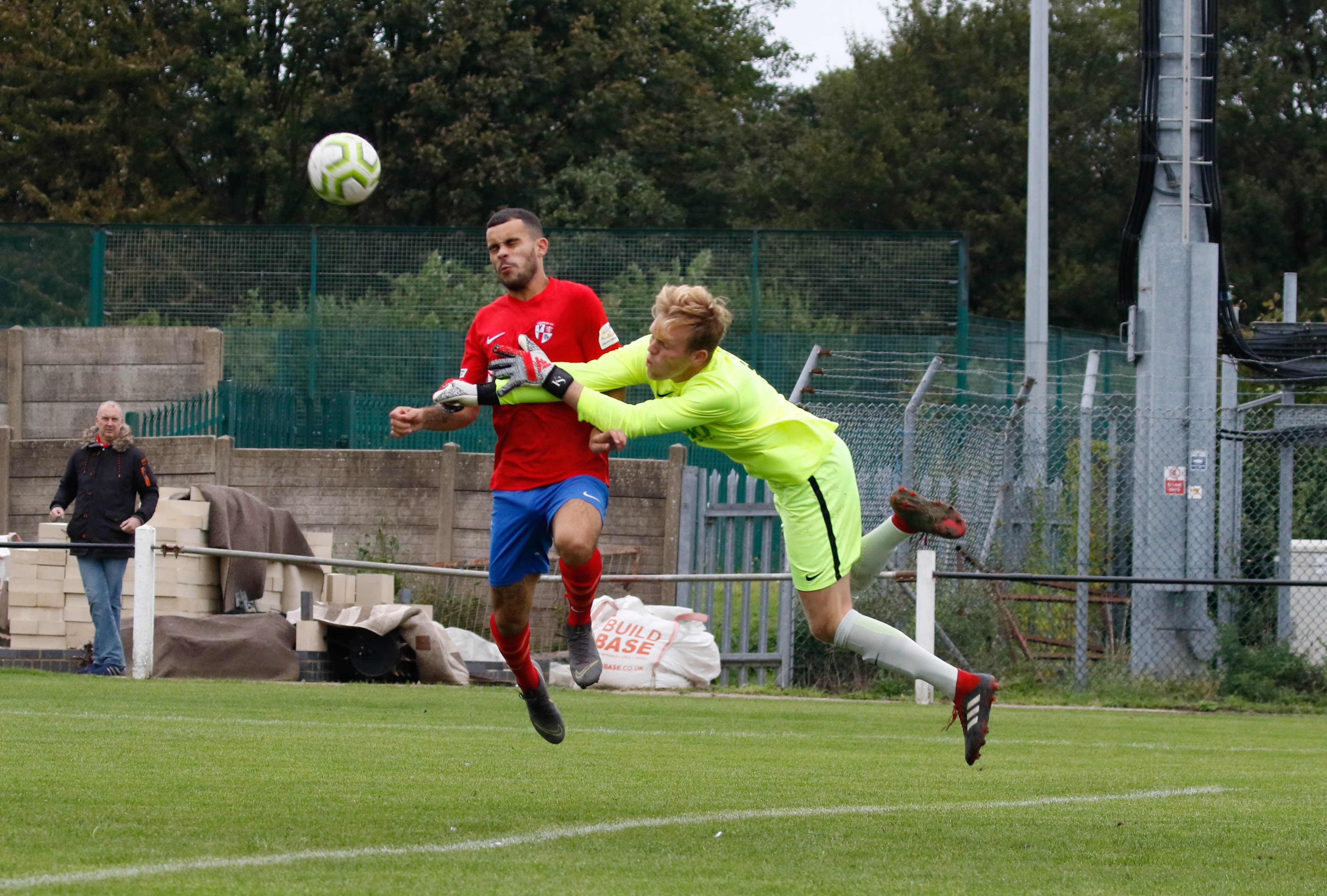 Hinckley-based goalkeeper Alec Hill has joined his hometown club ahead of the new 2022/23 season.

The former NKF Burbage stopper spent four years in the Midland League with them in their rise up the pyramid, including two seasons in Division One.

Pictured above competing for the ball with Isaac Cooper, he played more than 100 times for them in all competitions.

He joined Lutterworth Athletic when Burbage folded and played in the United Counties League for them.

A good all-round sportsman, he also plays county Premier Division cricket for Lutterworth CC and his brother, Lewis, is a professional with Leicestershire.