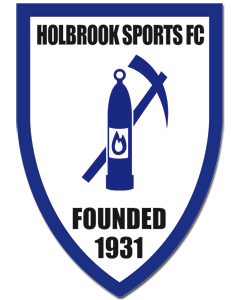 Hinckley AFC progressed to the second qualifying round of the Buildbase FA Vase with a 2-0 win at Holbrook Sports.
It was by no means a classic on a pitch that cut up as the game wore on, having been slickened and softened by their earlier rain, but in truth AFC were comfortable throughout.
Carl Abbott’s side had control of possession for the vast majority of the ninety minutes, though it took until the 78th minute for Sean Williams to break the deadlock.
And the win was confirmed shortly afterwards when Jean Kalenda curled home a second.
Missing Ryan Paddock and Ryan Seal from the team that beat Pershore Town last week, Kalenda and Rico Taylor came into the side as AFC looked to record back-to-back wins for the first time this season.
Hinckley started on the front foot in their pursuit, home ‘keeper Chris Dodsley pushing Mike Harvey’s header around the post, and Williams heading an awkward bouncing ball over from the resulting corner.
Holbrook’s best spell of the game came around the quarter hour mark, with Isaac Minott having two of their best chances. First, he couldn’t divert Gary Drake’s cross goalbound after drifting away from Kalenda, before calling Haydn Whitcombe into action for the first time as the Hinckley ‘keeper made a neat low save.
Hinckley were soon to regain their control of the game, but lacked a cutting edge as Dodsley was sparsely tested. Taylor fired over from twenty yards, Williams provided the ‘keeper with routine work after miscuing a volley, and Lee Butler dragged wide from a tight angle.
As half time approached, Butler’s corner somehow found its way through to Kalenda at the far post, but the ball hit the Hinckley centre back and bounced kindly for a goalline clearance.
At the start of the second half, Hinckley’s chances were few and far between as Holbrook’s defence held firm. Butler’s free kick was parried away and Lee Thomas saw a deflected shot saved as Abbott’s side sought the goal that would open the game up.
As the half wore on, Hinckley came closer. Isaac Cooper flashed a shot across goal after Williams’ great turn, before Darious Darkin’s twenty yard strike flew narrowly wide.
In Holbrook’s only real shot of the second half, Scott MacKenzie’s free kick failed to trouble Whitcombe, and with twelve minutes to play Hinckley finally found the breakthrough.
It was a long time coming, but Williams’ moment of magic finally gave Hinckley the ascendancy as he cut inside from the left and fired into the bottom corner from outside the box.
Williams was then close to a second as his volley was blocked, but from the resulting corner Hinckley doubled their lead. Dodsley didn’t connect fully with a punch from Butler’s corner, and the ball eventually fell to Kalenda, who curled into the far corner to give Hinckley some breathing space.
In the final five minutes, James Williams came close to adding more emphasis to the scoreline, but Hinckley were comfortable in their progression to face Greenwood Meadows in a fortnight’s time.
Holbrook: Chris Dodsley, Gary Drake, Craig Black, George Morgan, Callum Green, Sylvannus Bockarie, Jamie Turner (Josh Hooley 54), Phil Summerfield, Paul Asher (Labrada Domini 64), Isaac Minott, Ashley Hayes (Scott MacKenzie 74). Subs not used: Graham O’Reilly, Sam Spencer
Hinckley: Haydn Whitcombe, Mike Harvey (Kian Jackson 83), Lee Thomas, Jean Kalenda, Jamal Clarke, Mark Williams, Lee Butler, Darious Darkin, Rico Taylor, Sean Williams, Isaac Cooper (James Williams 71). Sub not used: Mitchell Tomlinson
Goals: Sean Williams (78), Jean Kalenda (81)