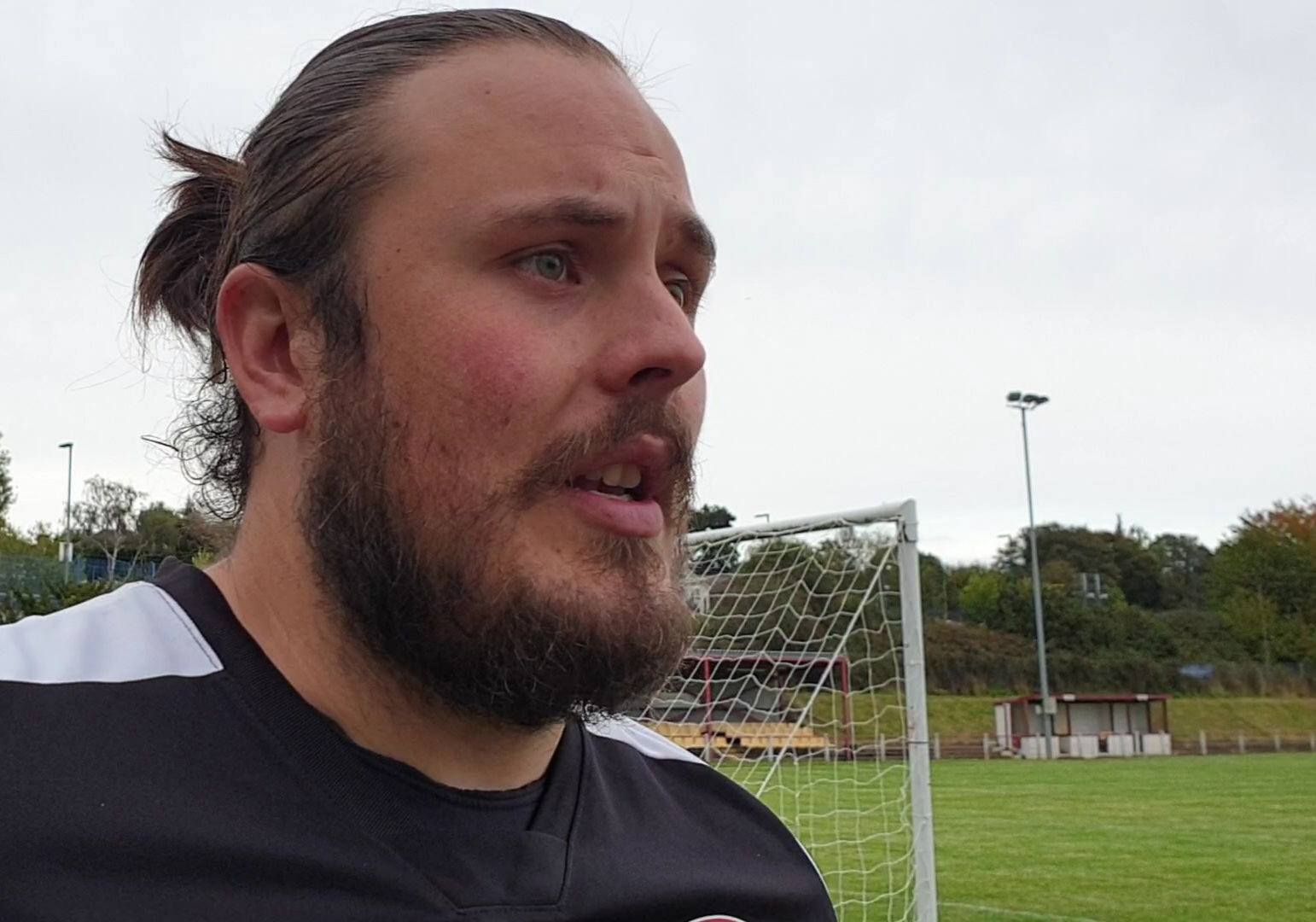 Manager Courtney Belford admitted he was frustrated not to take all three points from Saturday’s trip to Cadbury Athletic.

AFC came from behind twice to take a point at the Triplex Sports Ground, but hit the bar three times and had one cleared off the line in an afternoon of ‘nearlies but not quites’.

But wayward finishing also cost the side, with home ‘keeper Jake Marsden only forced into one meaningful save throughout the game.

But Belford said while he might look back on it as a good point in a few weeks, the moments after the game yielded disappointment.

He said: “The performance was just a bit lacklustre. Against Brocton and Lichfield we were brilliant but when the onus is on us to take the game to teams we’re struggling a little bit, for whatever reason. It’s a difficult one to put your finger on.”

“But the positives are that we’ve come from behind twice and taken a point when earlier in the season we might have lost that type of game. I’ve drilled home to the lads about game management – that if we can’t win a game, don’t lose it.

“And although you’re disappointed to come away with a draw, we’ve got another point and we’ve got to build on it.

The former Nuneaton Griff boss is pleased with the progress made since the start of the season, when he says these are the types of games his side could have lost, but says they fell away from the standards set in the previous two games.

“This is a difficult place to come, no-one really looks forward to coming here and they (Cadbury) have used that to their advantage.

“We made two sloppy mistakes for two goals and Ty (Belford) hasn’t made a save other than the two goals.

He admits his side need to relax more when chasing the game, and need one person to stand up in that situation and “take the game by the scruff of the neck.”

But he also expressed concern about the defensive form that has seen AFC not keep a clean sheet since late August, despite keeping four clean sheets early on.

“We didn’t have masses of chances against Lichfield and Brocton but we stuck them away and that’s the difference.

“We got opened up a little bit which was concerning, especially against teams in the bottom half where we want to be expressive and attack teams.

“We left ourselves open a bit and were slow on the recovery so it’s definitely something we need to work on.”

Another positive to take from the game was a goal for Luke Richards. The strike has started the season with a lean patch but scored a goal of high quality to earn his second of the season.

But while Belford was pleased for the forward, he isn’t too concerned by the goal return so far.

“Luke’s one of those players who doesn’t care if he doesn’t score all season as long as we win the game.

“He’s not type of player who scores in a 5-1 defeat and is happy for it – he’s a team player, he works really hard and that’s his reward. It’s a great finish, he’s got that quality and hopefully he can kick on and get some goals.

“But there are more than enough people on that pitch to get goals and sometimes if you rely on one person it can go the other way, you end up hoping. Whereas we want to spread goals and everyone chips in.”