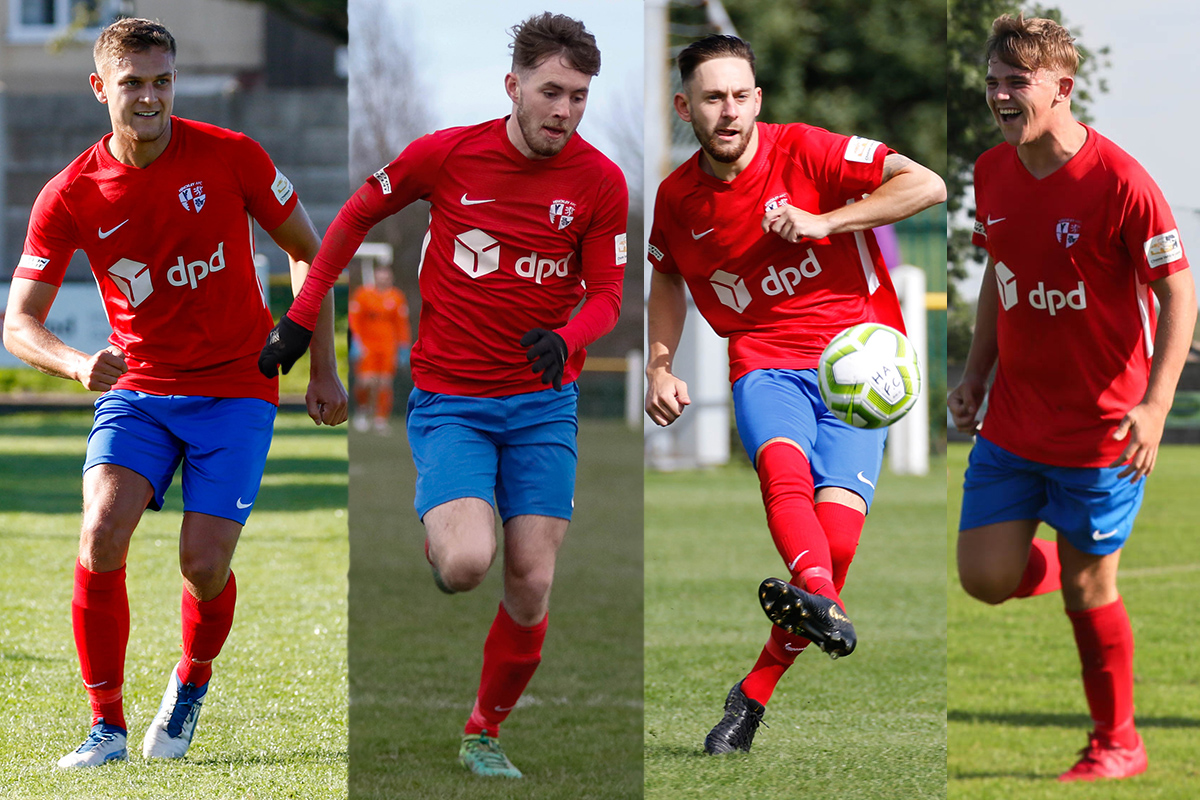 We’re delighted to confirm the next four players to have re-signed for Hinckley AFC for the upcoming 2020-21 season.

Yesterday, we confirmed that Luke Richards, Reece Giles, Danny Harris and Ben Kendrick will remain with the club for the new campaign.

Today, George Brindley, Lewis Commins, Ryan Ball and Ky Green have all extended their stays with the club into a second season.

The quartet, regularly nominated as the jokers of the dressing room throughout This Is Our Podcast, will all remain for the new season which starts in just over four weeks’ time.

Right back Brindley was picked out by Courtney Belford as his Manager’s Player of the Year last season, and a regular feature in the number two shirt throughout the campaign.

The pacy Commins was a regular feature in front of Brindley playing on the wing, and contributed eight goals during his first campaign with the club.

Meanwhile, central midfielder Ball scored some spectacular efforts among his 24 appearances, and only Richards featured in more games than defender Green last season – while the centre back also popped up with his fair share of goals.

It takes the total of confirmed retentions to eight – with more to follow and some new additions to come soon too.