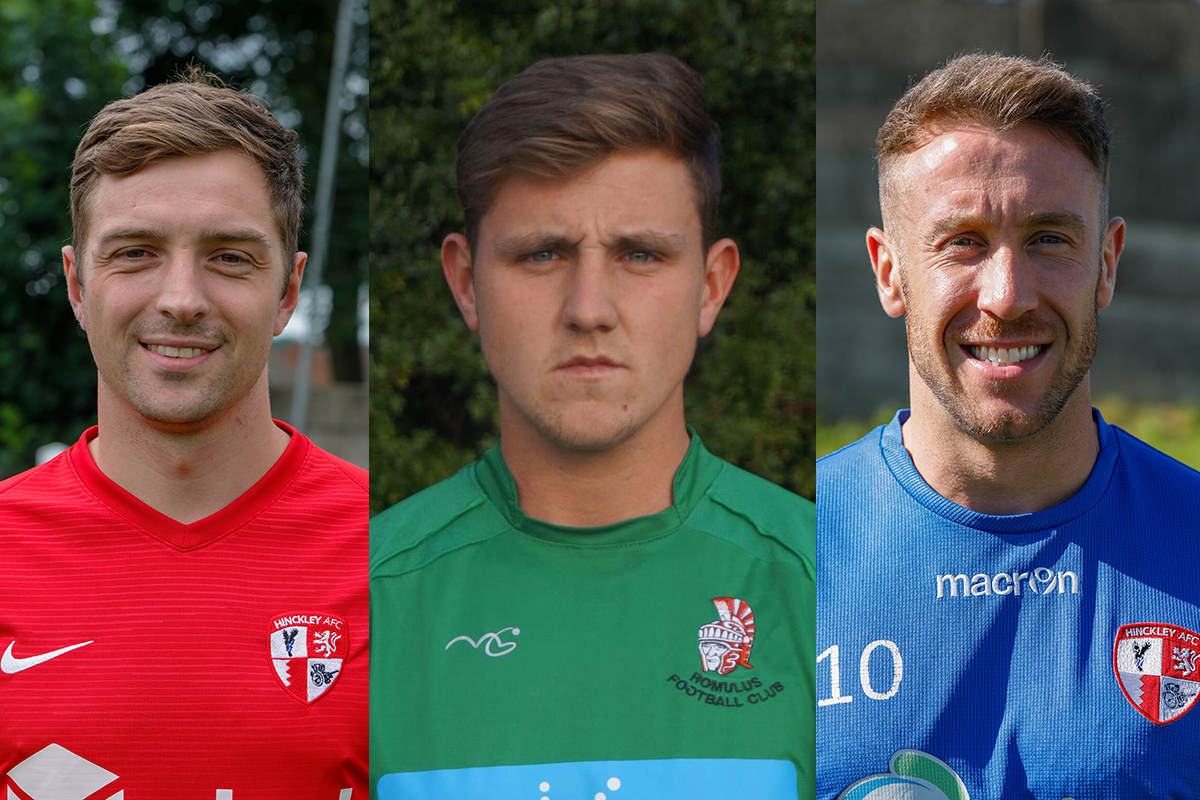 Three more players have extended their stays with Hinckley AFC into the new 2020-21 season.

Goalkeeper Billy Spink, who signed in March but didn’t get chance to play for the club before football was suspended, has extended his stay.

The stopper joined from Romulus just prior to the lockdown and will hope to make his first competitive appearance in a Hinckley shirt when the season kicks off in just under a month.

Meanwhile, experienced and versatile midfielder Mark Williams made his 50th appearance for the club shortly before lockdown, and will hope to add to that when the new campaign gets underway. This will be his third season at the club for the ex-Heather, Atherstone and Nuneaton Griff man.

And powerful forward Scott Smith will also remain at the club next season – he joined in September from NKF Burbage having also spent time at Griff.

And manager Courtney Belford was delighted to have retained the bulk of his squad who featured last season. He said: “We’ve got a good mix and wanted to get more experience around the younger lads, which we’ve done (with signings to be announced shortly).

“It’s great that we’ve kept hold of the majority of the squad from last season and to add a few more experienced lads is definitely what we needed.”

The new additions to the squad will be confirmed shortly.