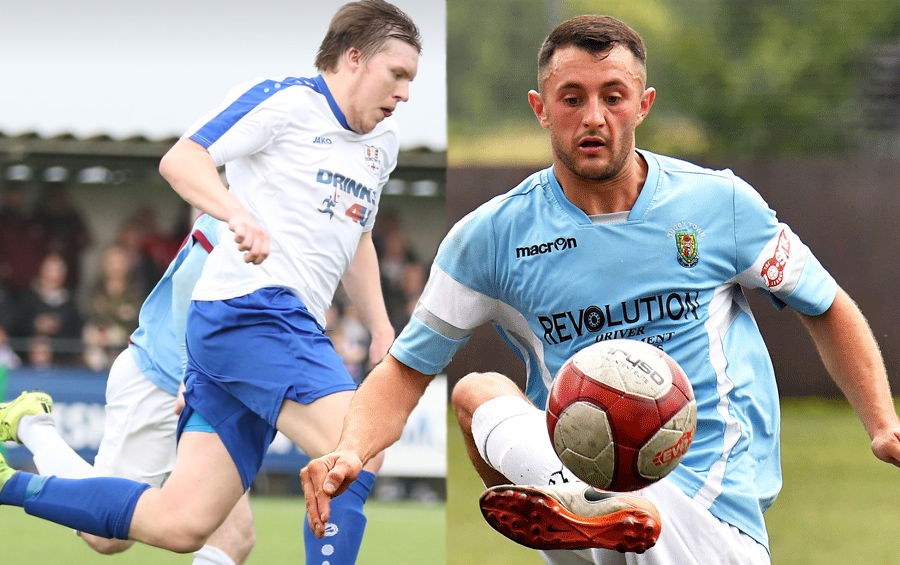 The duo join from Atherstone Town and Romulus respectively, adding vast experience of step six and higher levels as well as quality in the middle of the park.

And manager Courtney Belford said the pair are further evidence of his side making progression this summer. He said: “Ben’s been one of the best midfielders at this level for a long time. He’s bought into what we’re doing here despite interest from teams at higher levels and he’s a leader who can play a big part in managing that dressing room.

“Tom is a massive signing. He was captain at Heather when they won the league but didn’t play as much as he would have liked last season. His diagonal balls and quality from set pieces are outstanding and he also adds the experience we lacked last year.”

Ashby played 30 times for Atherstone last season as they reached the quarter finals of the FA Vase, and has played more than 100 times for them in a number of spells at Sheepy Road.

A central player who can also play out wide, he has spent time at higher levels with Rugby Town, Barwell and Bedworth United too, chipping in with goals wherever he’s played.

He also counts Romulus, Nuneaton Griff and Coventry Sphinx among his former clubs.

Meanwhile, Weale also started at Atherstone before earning his break with Barwell, and then moving to Coleshill. There, he was a pivotal part of the side that recorded three successive top five finishes in the Premier Division, and reached the FA Vase semi finals before being knocked out by eventual winners South Shields.

That summer he moved to Heather, where he was captain of the side that won promotion two seasons ago, and links up with AFC after a year with Romulus.

“The midfield is such a big part of modern football so we need bodies in there.”

Welcome to the club, Ben and Tom!